Ryan Addis started his career in sales and as a loan officer before he spent some time at AIG. He then became an entrepreneur, founding a company in the mortgage space and running several related businesses following mergers. Upon exiting his company, Mr. Addis was appointed Executive Director of the Latin Business Association, where he supported a turnaround effort before going to Countrywide Wholesale to lead strategic planning during the onset of the Financial Crisis. After that, he took on a variety of consulting and leadership roles at small companies before founding his own private equity search fund in 2013, through which he acquired SCJ Insurance Services, a P&C insurance company that grew to over a $150 million in premiums. Following a successful exit, he joined Deep Fuse, a national insurtech platform, as President.

Mr. Addis joined ScaleCo is 2021 as an Operating Partner, focusing on identifying investment opportunities in the business services sector and also leading and developing the firm’s next gen talent programs.

Mr. Addis received a BS in Business Administration from the University of Phoenix and an MBA from Pepperdine University. 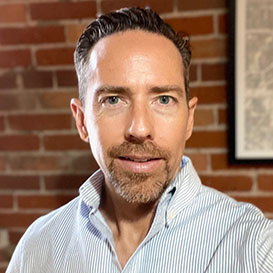