An Alliance, OH native, Brendan Anderson began his career in Chicago, where he completed formal credit training and worked as a lending officer with American National Bank and HSBC Bank. He holds a BA in Economics from DePauw University and an MBA in Finance from Loyola University. He gained further lending experience as an investor, board member, and member of the loan committee for a de-novo bank, American Heartland Bank. Inspired to be an entrepreneur/owner, he started out in the private equity space in the early 1990’s, after ultimately deciding to transition from the banking industry. 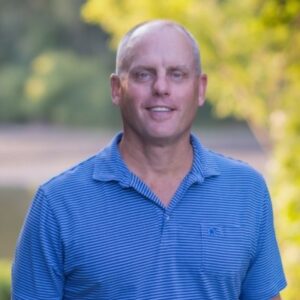 Mr. Anderson began his entrepreneurial career in 1995 by forming The Mast Group, a firm that provided management services to manufacturing, distribution, financial services, and other companies. In 1996, he formed Heartland Companies to purchase a distressed industrial park. He later decided to travel back to Ohio in 1998 to purchase Stam, Inc., a manufacturing company, where he led as CFO, VP of Sales, and Director from 1998 until 2005 and CFO and Director until the company was sold in 2017. During his leadership at Stam, he gained operating experience which informed future investment thesis’.

The Power of Mentorship

The most influential time in Mr. Anderson’s life was being a banker in Chicago. Looking back, he has a sense of gratitude for the community of incredible owners, operators, and investors who included him in several businesses endeavors at a young age. Mr. Anderson’s advice to entrepreneurs is, “getting in the game is the most important thing”. He credits a group of entrepreneurs and investors in Chicago who helped him realize it was time to launch his entrepreneurial career; “I was with a group of entrepreneurs and investors at a White Sox game in Chicago in the early 1990’s. I expressed to them that I wanted to be on their side of the table, rather than continuing down this path as a banker. They encouraged me to run after it and told me to ‘get in the game’”. Over his professional career, Mr. Anderson has had many mentors who have taught him several lessons. He values honesty and an outward mindset as crucial gifts to give and receive through mentorship.

In 2006, Mr. Anderson co-founded Evolution Capital Partners (ECP) to provide capital and management support to growing companies. ECP has invested over $100 million in 16 platform companies across three committed capital funds. In 2018, with the goal of building substantial support resources for the ECP portfolio companies, Mr. Anderson formed ScaleCo and hired an operational team that is active in day-to-day responsibilities of each investment.

ScaleCo is a private equity firm located in Cleveland, Ohio that acquires controlling interest in microcap private companies. Over the past 20 years, ScaleCo has managed three committed funds and invested more than $100 million in 20+ platform companies. The ScaleCo team finds and works with entrepreneurial operating partners to lead, transform, and scale the company using our proven process, the TAC Method. In 2022, ScaleCo has four ECP portfolio companies and three ScaleCo portfolio companies under its management.

For more than 30 years, Mr. Anderson has been a student of emerging businesses. He feels that his experiences over the past 20 years in the private equity space, both positive and negative, have paved the way to where ScaleCo is today. Mr. Anderson brings a great amount of energy, creativity, and determination to ScaleCo. In his role, Mr. Anderson serves as Chairman of the ScaleCo Investment Committee where he focuses on deal sourcing, strategy, vision building, fundraising, and investor relations.

Mr. Anderson is active in the Entrepreneurs Organization of Cleveland, Entrepreneurs Across Borders, Strategic Coach and Th’Rivers Entrepreneurial Community. He also serves on the board of SOAR, an organization that helps young adults with ADD & ADHD. Out of the office, Mr. Anderson enjoys spending time with his wife Marnee, three sons and his Goldendoodle, Payton.