How Gary Bowling went from Bartender to Owner of Innoplast

How Gary Bowling went from Bartender to Owner of Innoplast

Gary Bowling has a nontraditional background compared to the typical private equity operator. He’s been working since he was 14 years old and has had a range of jobs, including as a bartender.

Bowling, from southwest Ohio, served for six years in the Army Reserves while enrolled at the University of Cincinnati. In his last year, he got a bartending job that wound up unlocking his future. One of Bowling’s regulars became his mentor, teaching him about decision making and leadership. He took a job working under his mentor at his manufacturing firm.

After a while, Bowling wanted to broaden his horizons. He moved to Chicago to work at an internet startup. But he made the move at a fortuitous time—1999, at the height of the dot-com bubble. More importantly, he learned that he didn’t have a passion for the “new economy” after all. Coming from humble beginnings, he cared more about stability and doing something fulfilling. He moved back to Ohio and attended business school at the University of Akron. Opportunities soon seemed to follow him. On a fateful plane ride, Bowling found his next position: consulting for a plastics company. As his seatmate talked to him about commodities and managing costs, Bowling found it thrilling and worked for the company for a few years. 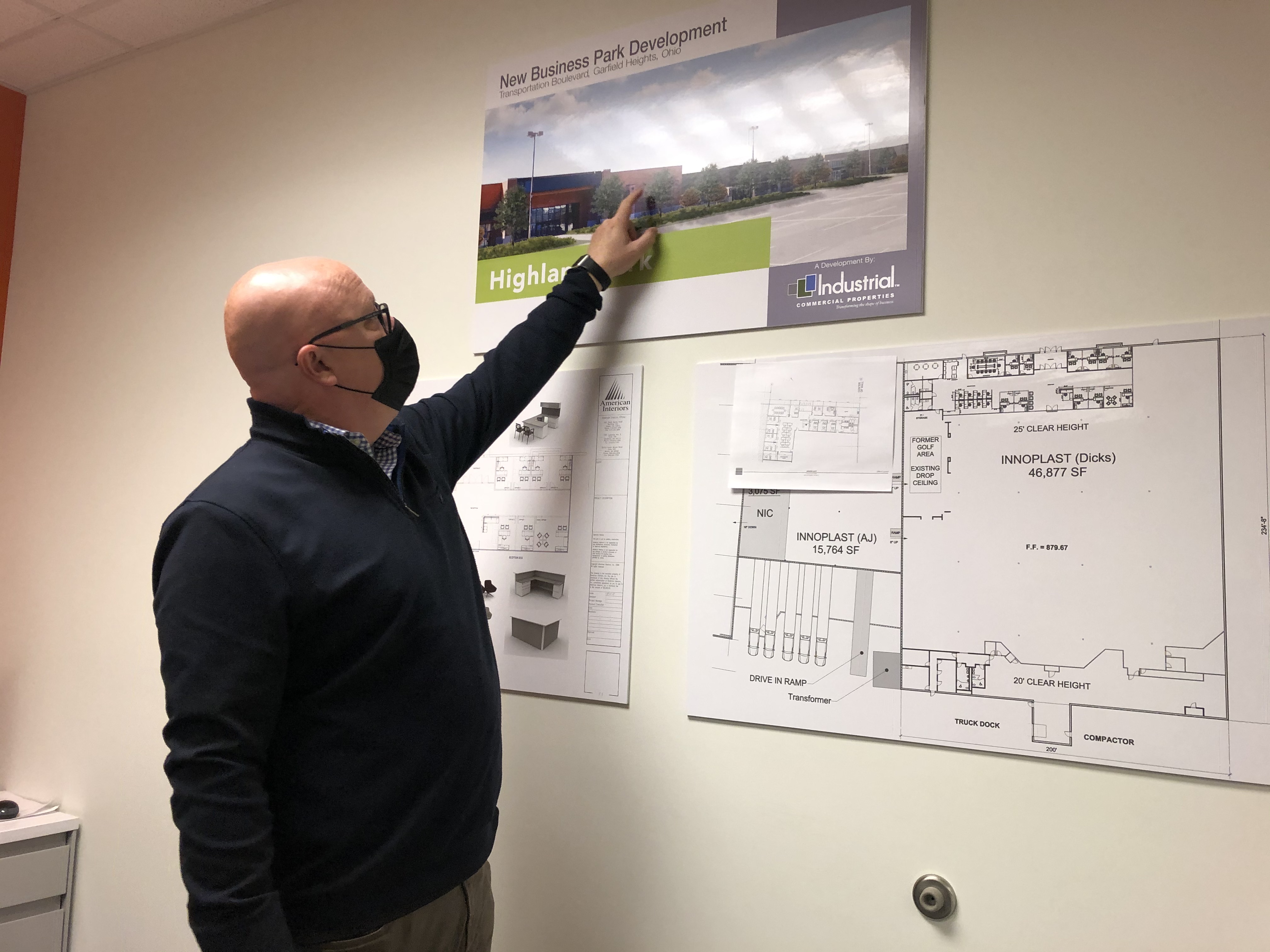 Innoplast is expanding into new territory! Bowling shows off the designs for the new Innoplast headquarters.

Bowling had attempted to become an entrepreneur twice before, both times by acquiring companies. The first was a recreational vehicle company, and the second, a food company. In retrospect, Bowling says, they weren’t the right companies nor the right time. He felt that entrepreneurship through acquisition would be the right route for him because he wanted to take an existing company and make it better. But with little access to capital, he pivoted into the IT consulting industry instead. For the next decade, he held business and corporate development roles at several IT consulting firms.

From Conversation to Colleagues

Meanwhile, during his son’s lacrosse and hockey matches, Bowling chatted with another team parent, Brendan Anderson. Anderson, the founder of a local private equity shop called ScaleCo, talked about acquiring profitable, stagnant companies at the lowest end of the middle market. He also spoke passionately about wanting to give entrepreneurship opportunities to those who had historically been left out of the PE space, including those who had been in the military. Bowling’s interest was piqued. He maintained a relationship with Anderson.

The now-or-never turning point for Bowling came in 2019. He left his corporate development job and came to ScaleCo, where he and Anderson actively searched for a company for him to acquire. When Innoplast came through the pipeline, it was the right company at the right time.

Innoplast is a manufacturer and retailer of vehicle and facility protection products. Its most popular products are bollards, thick posts widely used on sidewalks and in parking lots. Bowling felt it was the perfect fit for him to run as it brought together all the industries in which he had experience, from the manufacturing company to the plastics company for which he consulted. It will allow him to do what he loves doing: working with others and growing a company into its next stage. 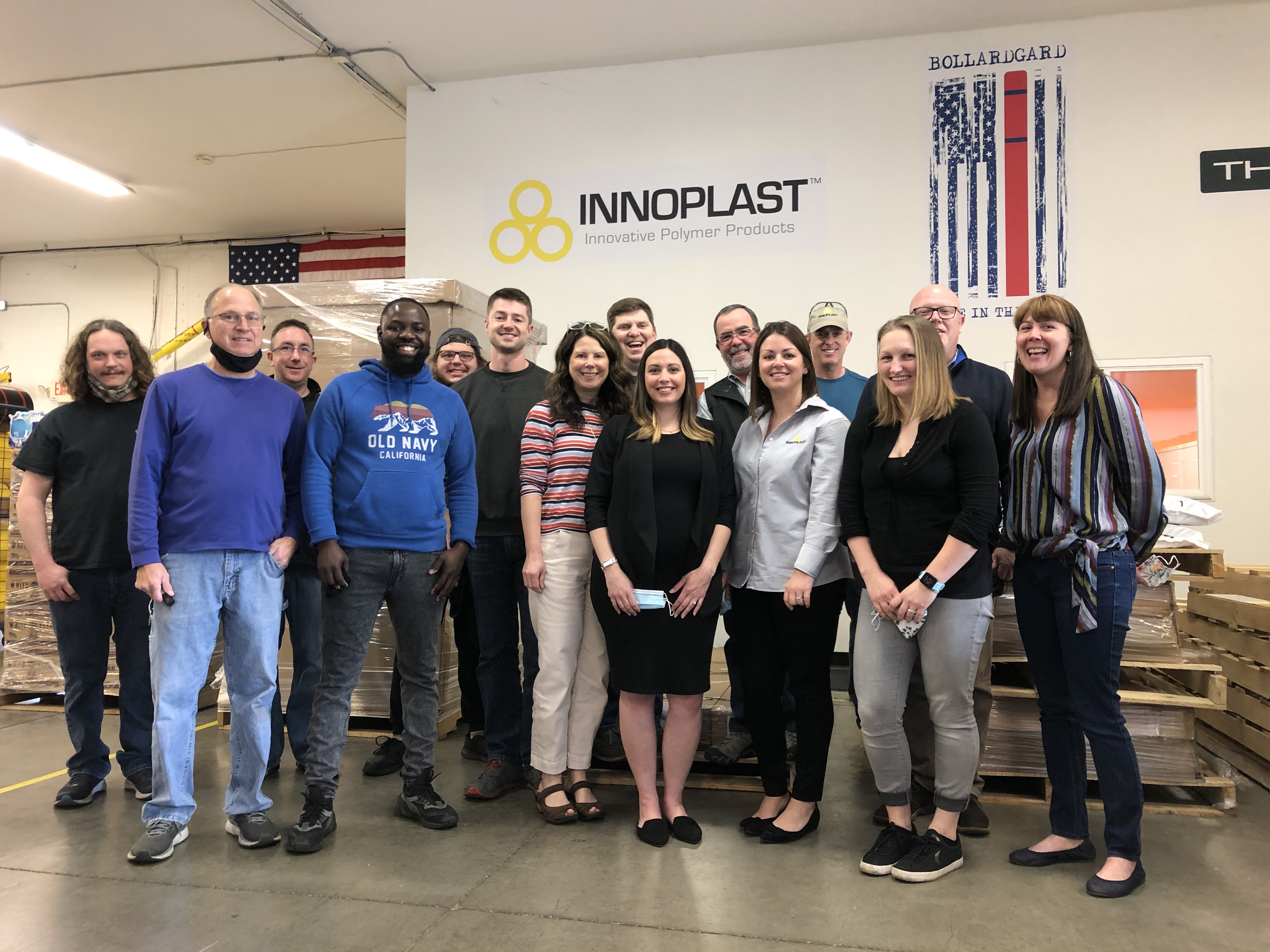 More Than A Deal

Bowling has become a company leader who can listen to and understand his team, at every level. Coming from humble beginnings himself and working to the top, he believes that regardless of a person’s level in a company, they have an impact. At the end of the day, he will feel truly fulfilled when he is a mentor like the one he had.

Gary’ Story is just another great example of the type of talent that is cultivated at ScaleCo. Utilizing the TAC Method and real life experience to empower entrepreneurs from every background to reach their highest potential.

Stay up to date on ScaleCo news and our team members. Follow us on LinkedIn for more content.